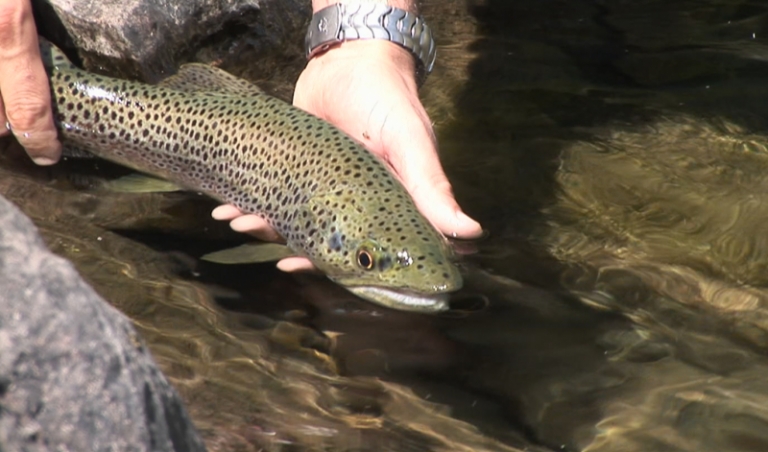 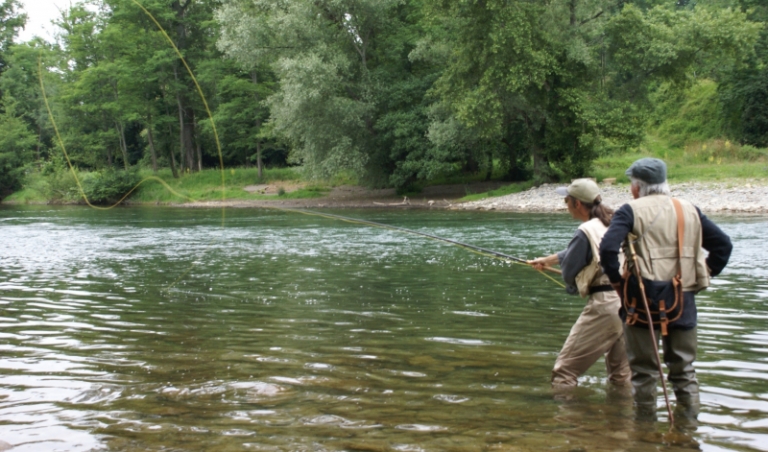 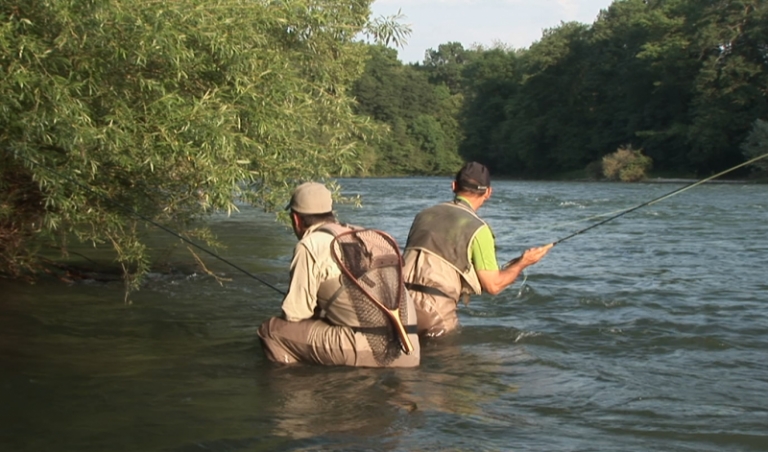 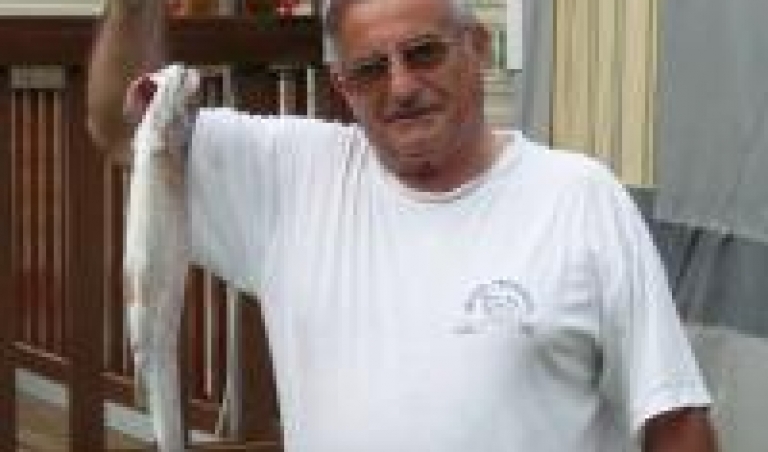 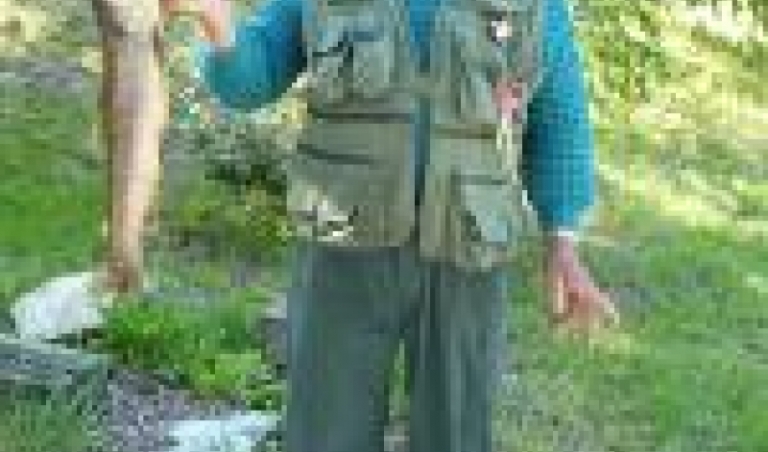 The fishing is open. We take out his equipment and we just fishing the trout.

The campsite is 1 km from the Ossau's Gave at the bridge of Louvie-Juzon (1st category) and 3 km from Castet Lake. For amateurs, you will find a No-Kill course in Arudy.

In order to optimize your stay, you will find at the reception, a lot of the documentation, maps, the weather, the regulation on the different streams ...

A "Gave" is a torrent or stream of the Pyrenees. The Brousset's Gave and the Bious's Gave, on both sides of the Ossau Midi Pic, join together to give the Ossau's Gave which plunges to the valley for more than 48 km. He is joining the Aspe's Gave in Oloron-Sainte-Marie to form the Oloron's Gave.

On the upper part, the Ossau's Gave and its tributaries form torrents cashed whose average width does not exceed 10m. Access is difficult, then from Laruns and Beost, easier by the D934 along the river.

From Arudy, in the heart of the Bager forest, the river becomes wild. 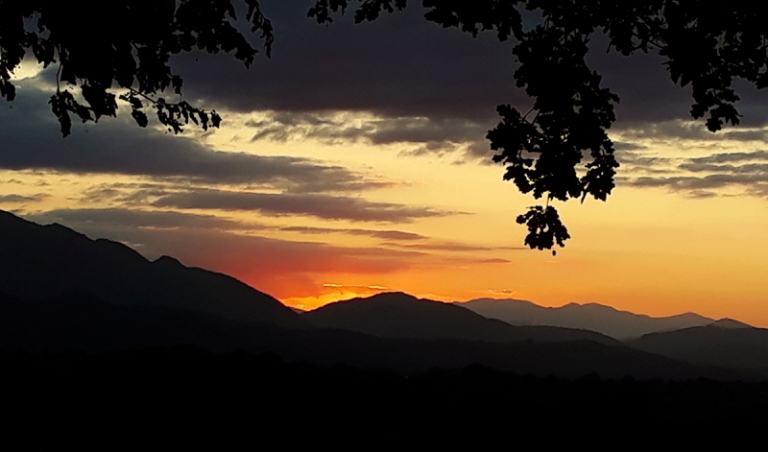 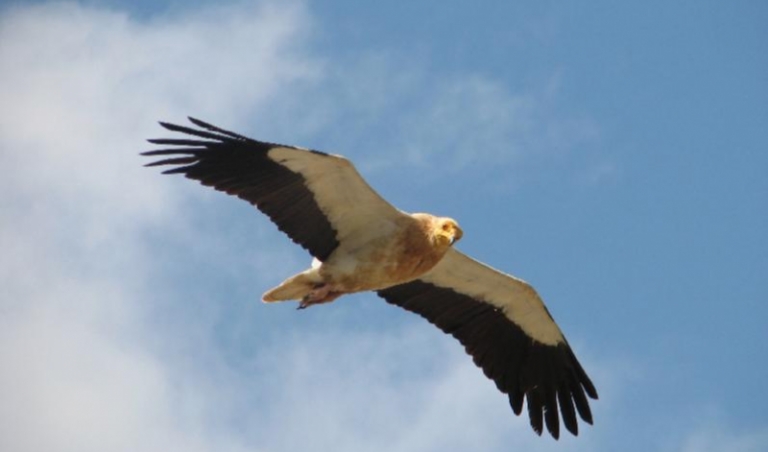 Located 8km from the campsite, in the heart of the Ossau nature reserve, The falaise aux Vautours is a unique observatory that invites you to discover the Pyrenean raptors and the life of the shepherds.

To discover without fail.

Duration of the visit: 1h30 minimum 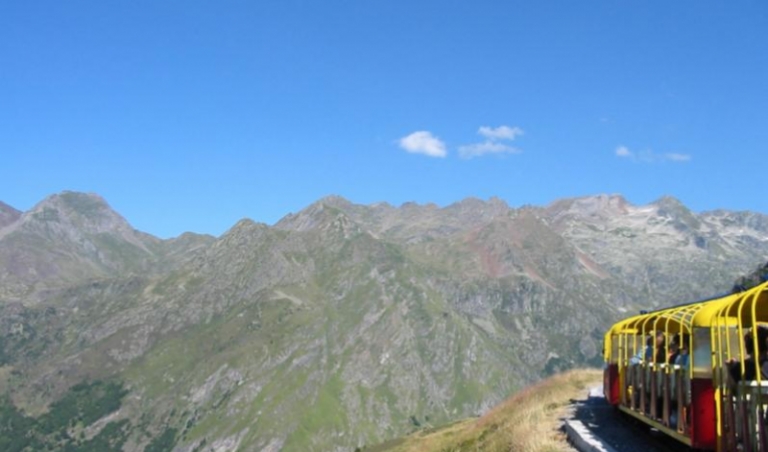 Louvie- Juzon is a small, typical Bearn village located in this splendid valley. It is a crossroads that provides access to Lourdes, Pau, the Aspe valley, as well as the Spanish Pyrenees. You can visit the church to admire the recently restored altarpiece and the organ from the end of the 17th century where internationally renowned concerts are given each summer. In the village 900 m from the campsite you will find dynamic traders:

Markets Laruns : Saturday morning and in season on Thursday evening in the Town Hall Square.

The holidays of Laruns : The festival of August 15 in Laruns remains a witness of the rich Ossau's folklore. In beautiful, Ossau costumes and dance to the rhythm of the flute and the tambourine.

Take a walk in Laruns : On the square, there is the Empire style fountain which shows the architectural influence of the neighboring thermal spas.

Winter at the campsite 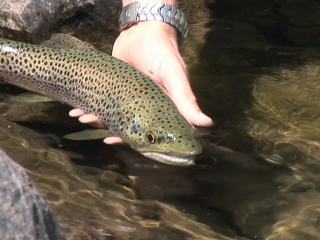 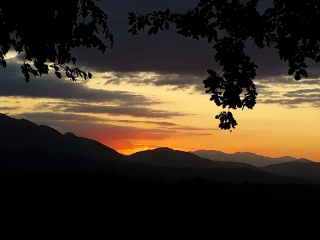 Distributed in 4 levels, they cover the entire territory of the Ossau Valley (except for the core area of ​​the National Park).
Each loop is the subject of a downloadable form, in French only.

The Aubisque, the Tour route that passes in front of the campsite.

Circuit of 95 km with a height difference of 1677 m. This course includes two mythical passes that are Soulor and Aubisque. The climb from Ferrières is sloping with passages at 9% and an average of 8%. Then it is the descent into the magnificent Litor circus before making a climb of about 5% to the summit of Aubisque. The last 3 km are at 8%. Small gearing recommended (28x24 for example).

Starting from the campsite, Arudy, you will cross the Bager's forest, then after Escot (25th km). You will attack the Marie Blanque pass 9,5km à 7,5%. Descent through the Benou Plateau and back to the campsite taking the famous Louvie Juzon coast. Total 55 km.

In order to make the most of your stay, we can help you advise you. At the reception, you can consult maps IGN, and Internet Wifi. You can store your equipment and wash it if you wish. We can put you in touch with a professional repairer. In case of damage, we will take the necessary steps to help you ..

Welcome to the Ossau Valley 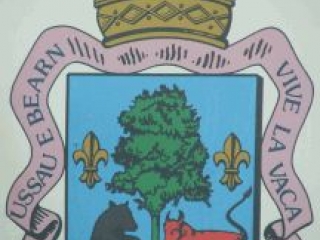 The Vallée d'Ossau is a preserved valley that has kept its traditions: pastoralism and transhumance, songs and dances ossaloises. Here nature is respected and offers us a rich panel both flora and fauna face the majesty of the Pic du Midi d'Ossau dit Jean-Pierre. The shepherds perpetuate transhumance to offer us an authentic cheese rich in taste. The animals always carry their cowbell so that the shepherd can find them. The bells are still made in Bearn and can be bought as souvenirs. In the Ossau Valley, you can see the Bearded Vulture, the Tawny Vulture, the Marmot, the Isard and maybe ... the Bear. 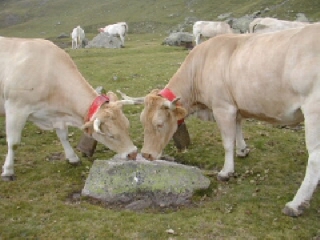